This week, Susan Henderson asks LITPARK devotees about what's in their drawers or pockets. In my pocket was an email, with the address of the Israeli consulate, and this is why:

If you’ve ever been to Israel, one of the first things you saw when you landed was a larger-than-life bronze bust of David Ben-Gurion sculpted by my Aunt. Dorothy Wolf. It greeted me when I visited at 17. My son and his friends saw it when they debarked during an 8th grade trip. My Irish researcher, who married a Holocaust survivor’s daughter, saw it there, at Lod Airport.

Today, two days short of the 60th anniversary of the Jewish state, I met my family at the Israeli consulate to dedicate the original cast, a gift from my aunt’s family. I submitted my passport number in advance, took a taxi to Wacker Drive, checked in with my driver’s license at the security desk, rode the restricted elevator and pressed the buzzer beside the locked steel doors.

They gave me a pass on the metal detector, and I joined the crowd.

Aunt Dorothy was there, and thrilled to see me. In truth, every time she saw me she was ecstatic, and gave me a warm embrace: when I walked into the room, 2 minutes later, and 2 minutes after that. Each time was the first time—or so it seemed through her Alzheimer’s fog.

Still, she celebrated. The Israeli Consul-General spoke a moving speech. My father fumbled with his new digital camera as the consulate unveiled a plaque commemorating the occasion. Dorothy blinked, perhaps uncertain about the fuss. It hurt my heart to think about waiting so long for recognition, to the point where it is unrecognizable.

We repaired to a conference room for cookies and wine. Dorothy’s grandchildren were careful to not speak to their father. 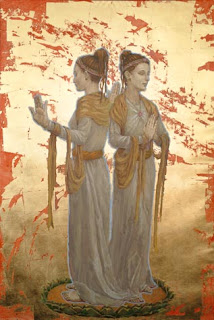 My father spoke to me. “You look terrific,” he kvelled. I had done nothing to earn this fawning, save scrub my face and keep mustard off my shirt.


I talked to my taut and pretty girl cousins--talented artists both--in their fashionable black leathers, and they talked back. 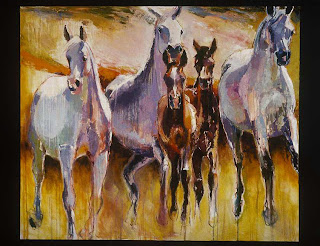 There were words I expected and words unexpected:

“Have you ever slept with a black man?”
“I never really noticed this sculpture. I wonder if my children notice my paintings.”
“My husband takes propecia, and his wanger still wangs.”

All this, while my parents argued, just steps away. My father reached for my mother’s hands, and she growled and snapped, more wolf-like with age. I asked them what I always ask, would they please fight later. They tried, and failed, and tried again. And when they left in the elevator, I hid in the bathroom. Not a terrorist or intruder, just a refugee from a Jewish family—safe behind the barriers of windowless steel doors and restricted elevators.

I lagged behind. I skipped the limo and lunch in the suburbs, opting instead for a long, slow stroll on a sunny day. I turned away from them, taking the long-cut through the old library, letting a blister rise on the outside of my foot.

There was a crowd in the large hall on the first floor of the Cultural Center, with retirees, students and lunching lawyers filtering in. A performance was set to begin. I limped happily to a seat. In the center of the room, two men perched on chairs, hugging their guitars. A middle aged white man, and an old black man named Honeyboy Edwards. A guitar legend, or so said the bald human rights lawyer who sat beside me, grinning and describing his work resettling Chinese laborers whose 18th century farms were flooded by 21st century dams. I worked to ignore him while Honeyboy launched into his blues. He strummed, he plucked; he belted out lyrics. Yet nothing but a weak vibration flew from his fingers, a hoarse mumble from his throat. He may be an icon, but he’s not much of a performer anymore. The lunch crowd clapped along, enthralled with his songs. But to me, he was too like Aunt Dorothy, his vitality as shriveled as an old peeled apple. 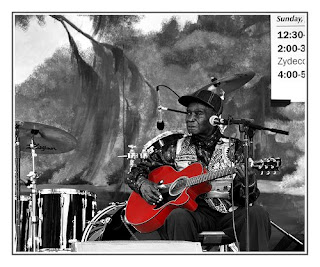 At a break, I slipped away from the human rights lawyer, before he could ask my name. It was two blocks to my office. With every step I took further from the music, from the consulate, from my family, the blister kept rising--tinting my relief with pain. 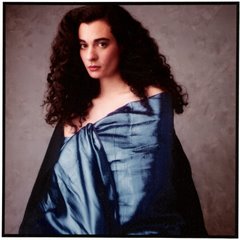